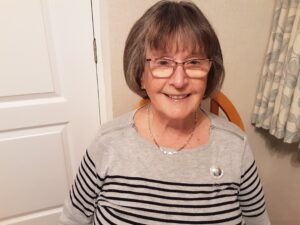 We elected Joan McGowan as our Madame President in 2021. Joan has been a member of Warren Ladies since 1994 and became Captain in 1998 and co-Captain with Edna and Cathy in 2009. She has served on the council for most of those years and has always taken an active part in the club.  Joan became Handicap Secretary in 2013, taking over from Ceri and has kept up to date with all the changes in that time including the big switch to the World Handicap System in 2020. We are proud to have her as our President and wish her well for the rest of her office.

We would like to invite any ladies new or experienced in the game of golf to come along and sample the hospitality at the Warren Ladies Golf Club, where they would be warmly welcomed.

Our club has the use of several rooms on the ground floor of the old Wallasey Grange. Wallasey Grange was originally built by Major W. Chambres who lived there until his death in 1893. The house and grounds were purchased in 1923 by Wallasey Council and in 1924 it became the clubhouse for the Warren Golf Club. Warren Ladies Golf Club took up residence when the Ladies club was first founded in 1961. We are situated next door to the Bluebelle Café, who opened their doors to the public a few years ago. 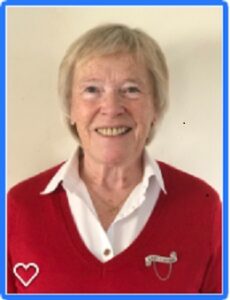 Warren Ladies Captain from November 2021 to November 2022 is Linda Henney-Scrafton. We all wish her well and hope for a happy and healthy non-lockdown year.